Watch: Liverpool’s Sadio Mane is too eager for kick-off & forgets to take knee 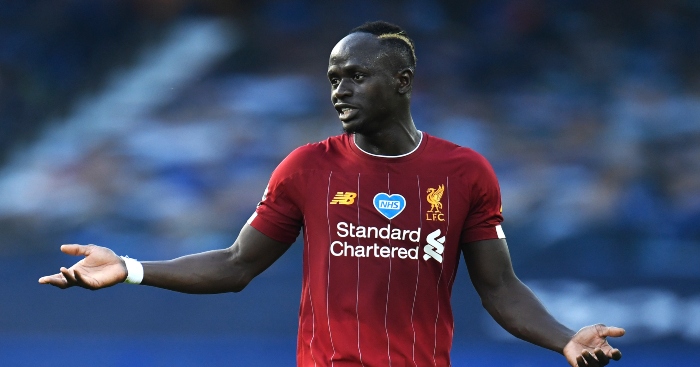 Liverpool got their Premier League season back underway after the unscheduled three-month break and Sadio Mane was clearly eager to get back to action.

The Reds faced Everton at Goodison Park and the two Merseyside teams took a knee before kick-off in solidarity with the Black Lives Matter movement.

But Mane thought the game was starting and proceeded to sprint into the opposition half when the referee’s whistle sounded.

After realising his mistake he jogged back to his own half and joined the rest of the players in taking a knee before the action got underway.

look at mane running down the wing 😭😭 pic.twitter.com/8NQQV4wgpj

The two sides cancelled each other out in a 0-0 draw and Liverpool now need just five more points to win the Premier League title.