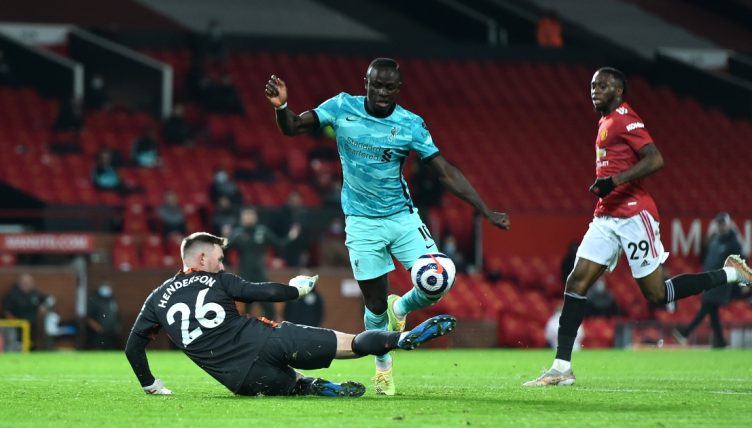 There was a tense moment between Sadio Mane and Jurgen Klopp following Liverpool‘s 4-2 victory at Manchester United.

Liverpool went into the rearranged match at Old Trafford needing to win to keep their hopes of Champions League qualification alive.

And a brace from Roberto Firmino, complemented by strikes from Diogo Jota and Mo Salah earned Jurgen Klopp’s side a valuable three points.

Despite this, Mane wasn’t the happiest of bunnies after the game.

The Senegal captain appeared as a 74th-minute substitute and missed a golden opportunity to score immediately after.

This may be why he snubbed his manager after the final whistle, who was going round congratulating his players.

Klopp was surprised to see Mane walk straight past him and appeared to utter a few words in his direction.

Speaking to the Liverpool Echo afterwards, he said: “Yes, I made a late decision in training, really late and changed Diogo for Sadio. And the players are used to it that I explain that, but I didn’t do that properly or whatever.

“And in that moment for a Premier League game, Sadio was obviously not too happy, that is all. The boys are used to me explaining but there was no time for that, that’s the situation. All fine.”