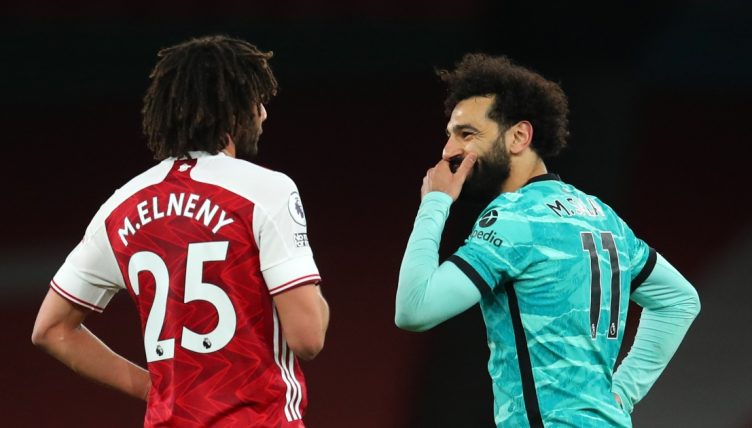 Liverpool forward Mohamed Salah and Arsenal midfielder Mohamed Elneny combined for Egypt’s first goal as they came from behind to draw 2-2 with Angola in World Cup qualifying.

Salah is being talked up as the best player in the world on current form, having made a stunning start to the season at Liverpool. Elneny appears to be back down the pecking order in Mikel Arteta’s Gunners squad, having returned from a loan to Besiktas to play a fairly prominent role last season.

The duo, who played alongside one another at Basel before forging different career paths to the Premier League, have racked up over 150 combined appearances for Egypt and remain key players for the national team as they target a spot at Qatar 2022.

The point against Angola has secured Egypt’s spot at the top of their CAF qualifying group, which sees them enter the third play-off round next March.

Egypt got back into the game in first-half injury time. Elneny did well to rob the ball back in midfield, starting a move which saw Salah bursting into the box and cutting it back for the Arsenal midfielder – who made no mistake with his calm finish.