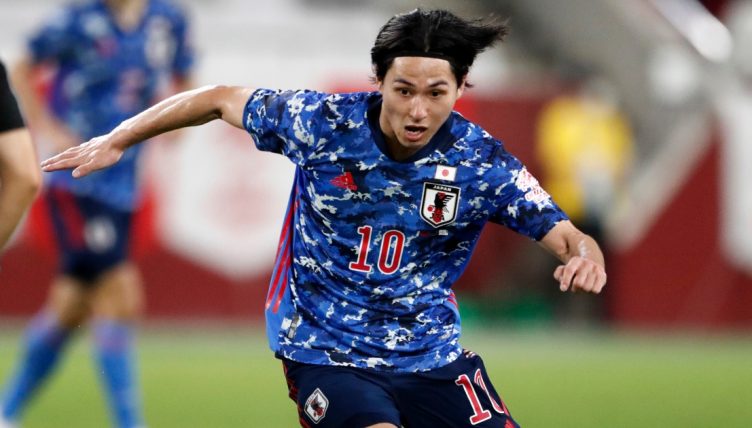 Liverpool’s Takumi Minamino scored the opener as Japan took on Saudi Arabia in a qualifier for the 2022 Qatar World Cup.

It was an important match for Minamino’s Japan, who actually sit behind Saudi Arabia in second place in the Asian Group B standings. A win would see them move four points ahead of Australia in the race for the top two – third-place is only enough for a play-off spot.

It was a composed finish from the 27-year-old in the must-win match at the Saitama Stadium, giving the Samurai Blue a lead in the 32nd minute.

Collecting the ball from a cut-back cross, Minamino did well to steady himself, taking a couple of touches to take the ball past two defenders before a confidently-struck shot, which eventually bounced in after ricocheting past the onrushing goalkeeper.

It will be interesting to see what kind of role the versatile Japan international plays for his club when he returns from the international break.

“You can’t imagine how happy I am with Taki,” Jurgen Klopp told reporters after Minamino scored off the bench in Liverpool’s 4-0 win over Arsenal in November.

“He’s in an incredible moment and today he was actually our solution for four positions, I think. Five positions actually because he could have played both eight positions and all three upfront. He’s in a really good moment and you see that.

“I’m pretty sure he played really well for Japan in the international games. Now he’s here and very important for us.

“We’re so happy, everybody was so happy for him that he scored the goal. The way he played today reflects how well he is training at the moment. He will have games, no doubt about that.”

Since then, the Japan international has made 10 appearances for Klopp’s Reds, although a number of those were brief cameos as a substitute.

It was rumoured that following the arrival of Luis Diaz that Liverpool would look to loan him out for the latter half of the 2021-22 campaign, as they did last term with his move to Southampton. Leeds United were one of the clubs said to be interested, but he’s ended up staying put.

Japan doubled their lead early in the second half and look on course for a vital three points.