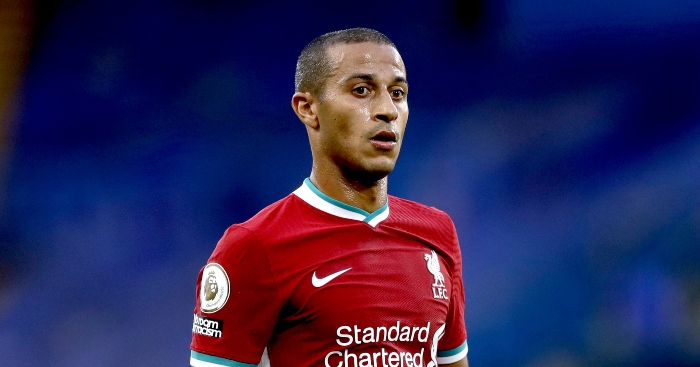 Thiago joined Liverpool to much fanfare last season but has endured a stop-start debut campaign due to injury problems.

The match against United, which Sky had billed as ‘Champions vs. Challengers’, saw the Spain international make his first appearance at Anfield.

Despite the much-hyped game finishing goalless, Thiago still put in a performance that confirmed why Liverpool fans were so excited by his arrival.

One stand-out moment arrived early on. With Liverpool pressurising the United goal, he received the ball just outside the opposition penalty area.

A few seconds later, Fred had been sent to a different postcode. Liverpool’s classy midfielder invited his opponent onto him before skinning him and motoring away.

Throwing in a few stepovers for good measure, Thiago’s pass to Mo Salah was too heavy but you can’t quite have everything.