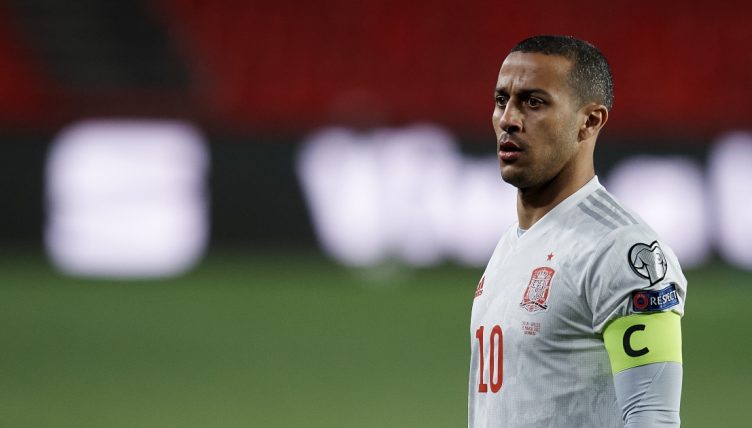 Liverpool‘s Thiago Alcantara started the move that led to Spain’s winner against Georgia with an outrageously casual flick.

Thiago captained his country during their draw against Greece on Thursday but was left on the bench for the trip to Tbilisi.

And Spain struggled in his absence to break down an extremely stubborn Georgian rearguard, only securing a 2-1 victory deep into injury time.

The Liverpool man entered the action early in the second half and one moment of quality instigated the move that won Spain the match.

Upon receiving the ball in the middle of his own half, Thiago turned slightly and casually flicked the ball with the outside of his foot towards Jordi Alba.

We were particular fans of Thiago’s little spin afterwards.

The ball found its way to Dani Olmo, whose long-range shot slipped through the goalkeeper’s hands and broke Georgian hearts.

But, after a difficult first season in England, it was a timely reminder of Thiago’s quality.