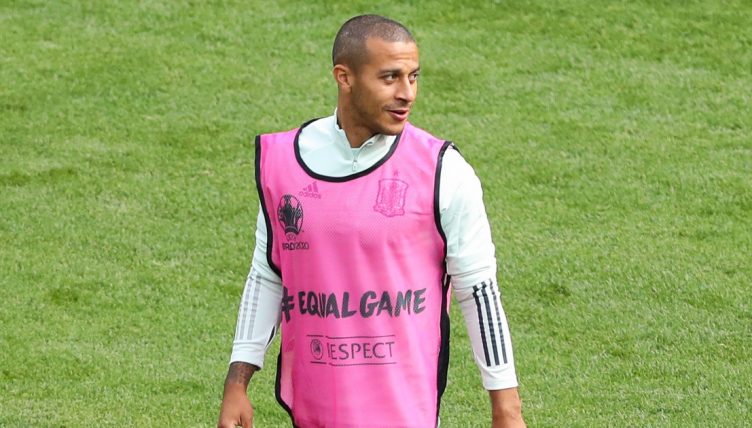 It’s been a somewhat frustrating Euro 2020 for Liverpool midfielder Thiago Alcantara so far, but Spain remain in the competition and he could yet end the summer with a trophy.

La Roja boss Luis Enrique has tended to use Barcelona starlet Pedri for his creativity and guile in midfield ahead of Thiago, who has had to make do with appearances off the bench.

He came on for the final seven minutes of extra time against the Swiss after a 1-1 draw over 90 minutes. Spain dominated proceedings but as has been the case through the tournament, they had a tendency to waste chances and shoot themselves in the foot with lackadaisical defending.

In spite of being brought on not long before the penalty shootout, Thiago didn’t take one. Sergio Busquets and Rodri missed for Spain, but they won the shootout after Fabian Schar, Manuel Akanji and Ruben Vargas couldn’t find the target.

After the final whistle, as Spain’s players celebrated their place in the semi-final, Thiago could be seen consoling Switzerland goalkeeper Yann Sommer – who put in a man-of-the-match display with 10 saves – and Vargas, was in tears after sending his spot-kick over the bar.

Thiago alcantara… WHAT A MAN pic.twitter.com/KdTb0OoeIc

Can you name every Spanish player to have scored 10+ UCL goals?