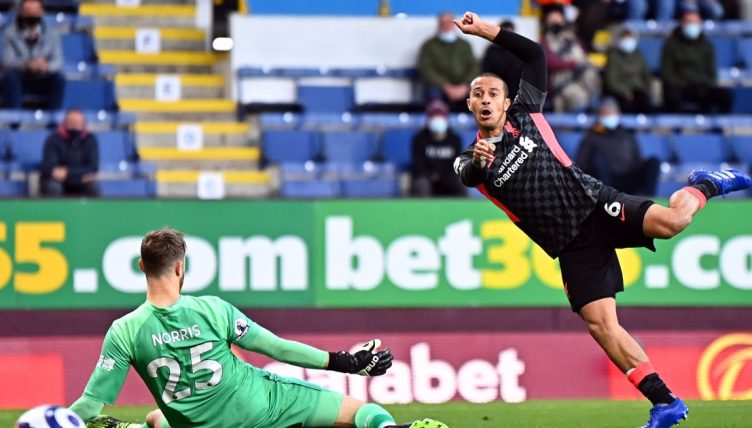 After a difficult start to his debut season at Liverpool, Thiago Alcantara is finally starting to show why he’s so highly rated.

Thiago was sidelined by injuries during the first half of the season and his return to the side coincided with a downturn in the club’s form at the start of 2021.

But he has rediscovered his best form in recent weeks, scoring his first goal for the club against Southampton and starring in the 4-2 win over Manchester United.

The Spain international produced another impressive display in Liverpool’s 3-0 win over Burnley and also impressed fans with a brilliant piece of skill.

After being marked by Dwight McNeil near the touchline, Thiago flicked the ball past his marker before picking it up on the other side.

Liverpool’s win at Turf Moor moved them back into the top four ahead of their final game of the season against Crystal Palace.