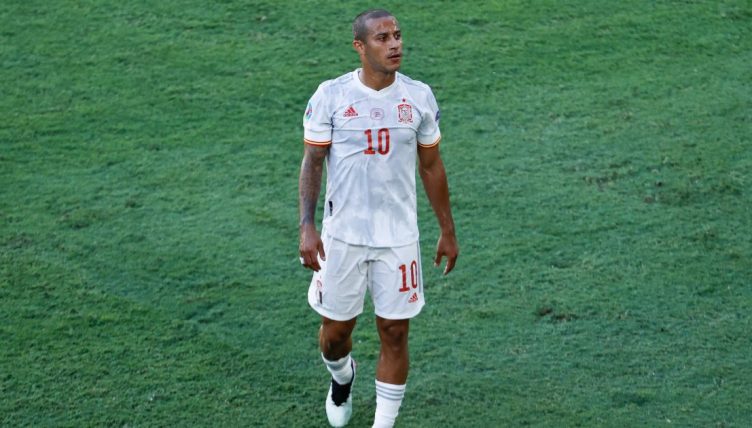 Liverpool‘s Thiago Alcantara showcased his brilliant footwork in training ahead of Spain’s Euro 2020 semi-final against Italy.

Thiago is regarded as one of the best midfielders in the world but initially struggled for form after joining Liverpool from Bayern Munich in 2020.

Despite improving towards the end of 2020-21, the Spain international has been restricted to just three substitute appearances at the European Championships.

“Thiago is a very good player,” Spain manager Luis Enrique recently told reporters. “You know and everybody knows about his quality but we are a strong team and I try to give them minutes.

“He’s helping the squad a lot because he’s an experienced player and we are very happy to have him in the squad. After that, I have to decide and my decision speaks much better than me.”

The 30-year-old hasn’t let the limited game time affect his confidence and produced a sublime backheel flick during a training session.

Thiago was still named on the bench against Italy but will be hoping to showcase his skills at Wembley if he’s brought on during the game.