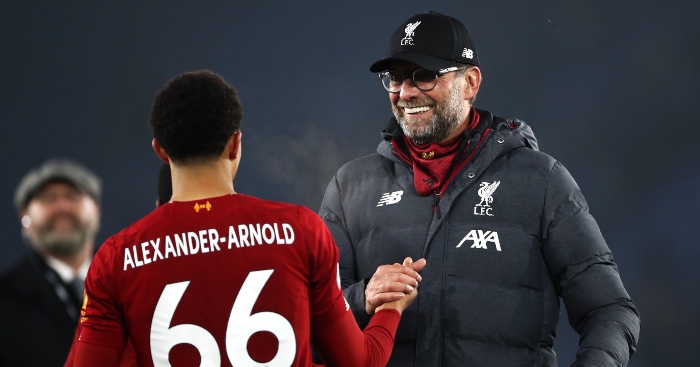 While Jurgen Klopp is undoubtedly one of the best managers in the world, his dancing leaves a lot to be desired according to his Liverpool players.

After winning their first Premier League title in 2019-20, the Reds enjoyed a party to celebrate and Klopp decided to take to the dance floor.

During the first episode of their new IGTV show, Trent Alexander-Arnold and Andy Robertson both poked fun at the manager for his “ultimate dad dance.”

Trent and Robertson on Jurgen’s dancing at the PL title after party 😂 pic.twitter.com/haNqQmxYu0

The pair both joke that the club are currently investigating who leaked the video while admitting that Klopp’s dance moves made it an even more memorable night.