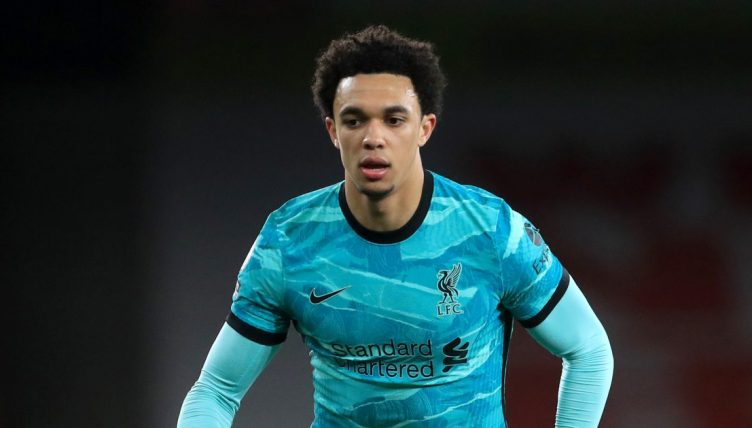 Trent Alexander-Arnold responded to his England snub by starring in Liverpool‘s 3-0 win over Arsenal at the Emirates.

Alexander-Arnold has dipped below his usual high standards this season and was left out of Gareth Southgate’s England’s squad for their recent 2022 World Cup qualifiers.

The right-back then delivered a timely reminder of his abilities against the Gunners, whipping in a pinpoint cross which Diogo Jota expertly headed in to open the scoring.

It clearly meant a lot to the 23-year-old, who clenched his fists in celebration and let out a massive scream before pointing at the goalscorer.

“I don’t want to make a funny discussion now about Trent,” Jurgen Klopp said after the game. “It’s Gareth’s decision but Trent is in a good shape. And if someone says he is not, I have to say you are wrong.”

Mo Salah doubled Liverpool’s lead four minutes after the opener before Jota sealed the win with his second goal of the game.