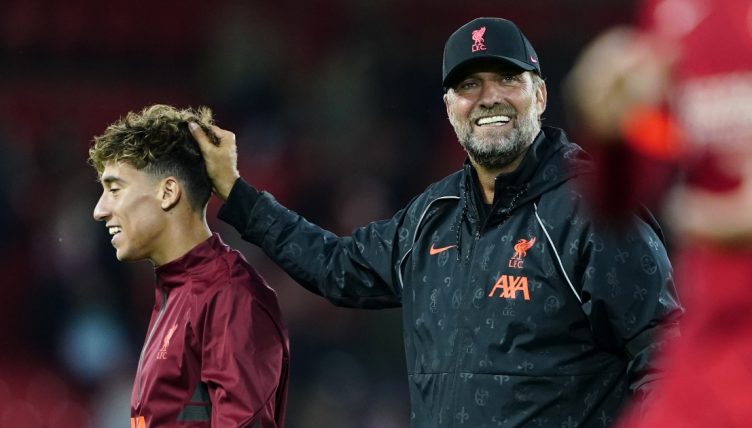 Liverpool fans had the time of their lives in Sunday’s 5-0 away win over arch-rivals Manchester United, but they were not the only ones punching the air.

As left-back Kostas Tsimikas was warming up with Alex Oxlade-Chamberlain on the touchline, Mohamed Salah had found himself with a shooting opportunity after a defensive mishap from United’s backline.

Greeted with the sight of David De Gea attempting to stop him, a moment of brilliance from the Egyptian superstar saw him finish powerfully with his left foot leaving the goalkeeper no chance.

The goal was Liverpool’s third on the day, but Salah’s first on the way to a first-ever hattrick scored by an opposition player at Old Trafford in the Premier League.

Needless to say, the travelling fans were enjoying themselves. The reaction of Tsimikas was no different, as he leapt off the ground and punched the air with both hands in pure joy.

The Greece international is filling the void left by Dejan Lovren as Salah’s best friend, and later cheekily grabbed the match ball off the Premier League’s top goalscorer in the post-match celebrations.