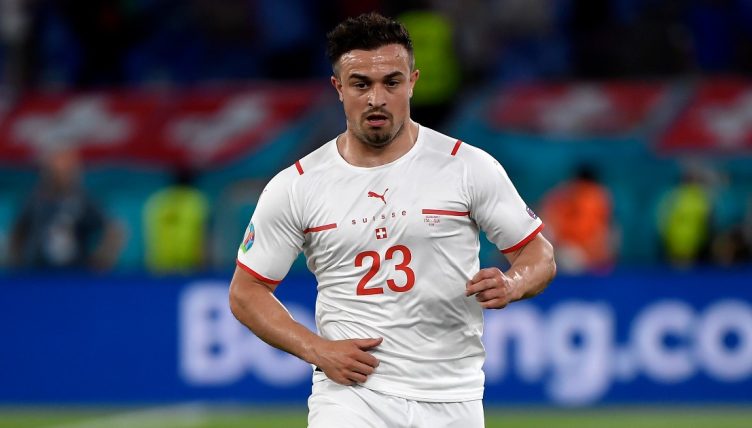 Don’t adjust your screen: Liverpool‘s Xherdan Shaqiri has scored with his right foot.

It took Switzerland just six minutes to take the lead against  colossal disappointments Turkey in their  final group stage of Euro 2020, and Shaqiri and his team-mates looked keen to whittle away their poor goal difference and put the pressure on second-placed Wales, who are simultaneously taking on leaders Italy.

Benfica striker Haris Seferovic scored Switzerland’s opener in Baku, and 20 minutes later Shaqiri doubled their lead. The seldom-seen Liverpool forward has a reputation for only ever using his left peg, but it turns out he can be pretty handy with his right if he uses it.

Finding space to shoot just inside the D – aka the Shaqiri zone – he did brilliantly to unleash at goal, sending a thunderbolt right into the top corner.

The 29-year-old has only made seven Premier League starts over the last two seasons. Can he get a move please,  so we can see him do this more often again?