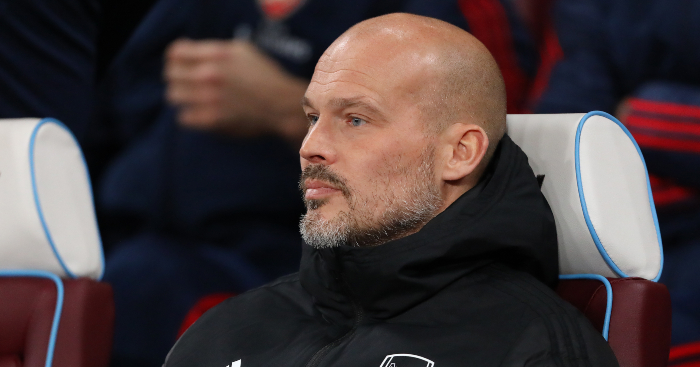 Freddie Ljungberg failed to hide his incredulity at some of Arsenal‘s defending as the Gunners were thrashed 3-0 by Manchester City at the Emirates on Sunday.

Arsenal were outclassed by City in north London, with all three goals scored in the first half as Pep Guardiola’s side cruised to victory.

Kevin de Bruyne opened the scoring after just two minutes before Raheem Sterling made it 2-0 with only 15 minutes on the clock.

The scoring was completed by De Bruyne in the 40th minute, and the Belgian almost completed his hat-trick moments later with Arsenal’s defence in disarray – as has been a theme for what feels like eternity.

And Ljungberg’s reaction when Calum Chambers was dispossessed by Gabriel Jesus probably sums up how most Arsenal fans feel when watching their side these days.

Watch: Mesut Ozil kicks gloves away after being replaced by youngster