Watch: Loftus-Cheek says Kante ‘makes you smile, then rattles you’ 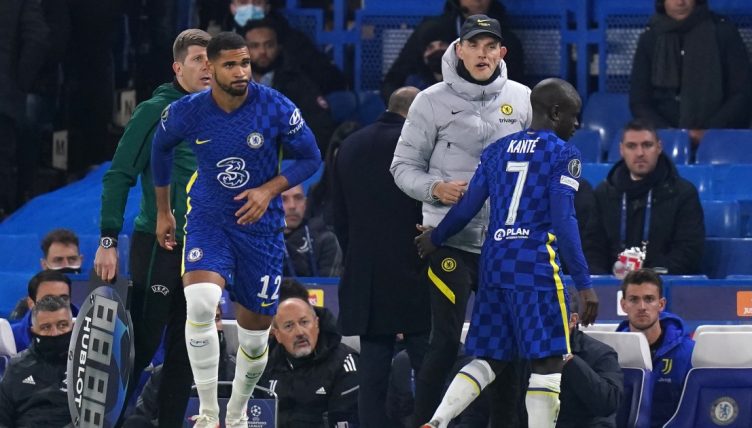 Ruben Loftus-Cheek has discussed Chelsea’s title hopes, N’Golo Kante’s infectious personality and plenty of other topics in a light-hearted interview with UMM.

Loftus-Cheek spent last season on loan at Fulham before Thomas Tuchel brought him back into the first-team fold at Stamford Bridge and the midfielder has gone on to make 15 appearances in all competitions so far this season.

Not only that, but he is playing in a team that Loftus-Cheek believes is good enough to win the Premier League title.

“I like to think so,” Loftus-Cheek said when asked if he will have a winners medal at the end of the season. “You have to be confident, man. You know what I’m saying? We’re playing well. We’re not conceding goals. That’s the main thing, we’re solid at the back.”

The England international was also, as is customary, asked about having a team-mate in Kante who is renowned for his humility and down-to-earth personality.

Asked if Kante makes the squad smile, Loftus-Cheek said: “He does. He doesn’t even try to. You know, he’s not even trying, we just see him and he looks all cute. Smiling and you’re just like aww. But then he’ll come on the training pitch and just rattle you.”

Loftus-Cheek is now firmly established as a midfielder, but he briefly played in a forward role under former Chelsea manager Antonio Conte and believes he could have been a striker too.

“Maybe, if I played there from young and I knew the position properly,” Loftus-Cheek said. “I could be, yeah. When I came in here, I started off there.

“I think we were playing 4-2-4. Two strikers and I was one of them. Target man and I could dip in behind as well. He (Conte) likes everything in order you know. (He’s) passionate.”

The 25-year-old also discussed the possibility of playing alongside Romelu Lukaku, who returned to Chelsea in a £97.5million deal in the summer.

“Two powerhouses. He’s a powerhouse,” Loftus-Cheek said. “He’s so big if you’re a defender and he’s protecting the ball, you can’t even see the ball. But he’s quick. He’s so quick. If he knocks it past you there’s no chance, man.”

Loftus-Cheek was speaking to UMM ahead of the release of Call of Duty Vanguard. Watch the full interview below or head over to the UMM YouTube page.