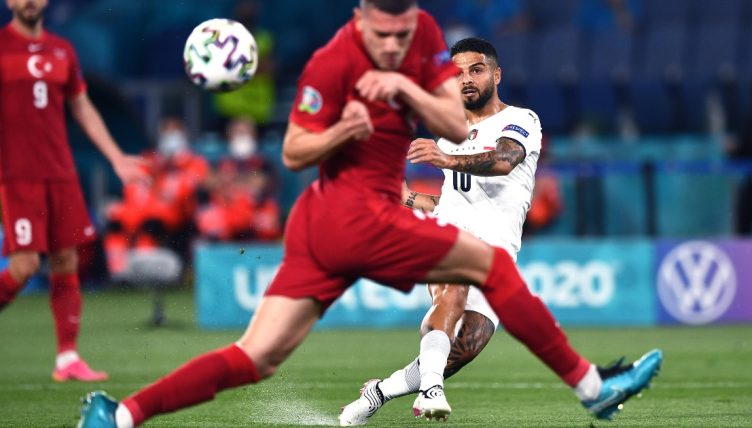 Italy got off to the perfect start in Euro 2020, comfortably dispatching Turkey 3-0 at the Stadio Olimpico in the tournament’s opening game.

Turkey frustrated Roberto Mancini’s dominant side in the first half with Giorgio Chiellini coming closest to an opener but his powerful header was tipped over the bar.

But the second half was only eight minutes old when they finally edged in front. Domenico Berardi found himself in space on the right-hand side and his driven cross was turned into his own net by Merih Demiral.

It was 2-0 just 13 minutes later when Ciro Immobile was on hand to slot home after Urgucan Cakir could only parry Leonardo Spinazzola’s shot.

Insigne put the icing on the cake in the 79th minute. Cakir’s clearance was cut out by Beradi who immediately found Nicola Barella, who passed it on to Immobile. The ball was finally fed to the Napoli attacker who curled in brilliantly on his right foot.

A lovely goal to round off a brutal Azzurri win. Are you now backing Mancini’s men?

This cracking finish from Lorenzo Insigne put the Azzurri 3-0 up.