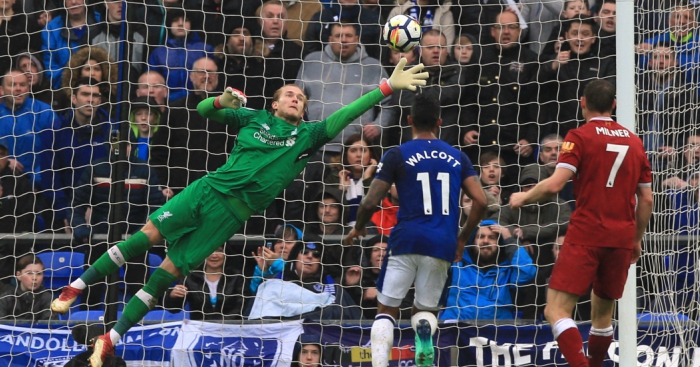 Liverpool goalkeeper Loris Karius made a wonderful save to deny Yannick Bolasie in the Merseyside derby against Everton on Saturday.

The visitors made changes with the Champions League quarter final against Manchester City in mind, with Mo Salah and Roberto Firmino both left out of Jurgen Klopp’s starting XI.

Dominic Solanke and Danny Ings joined Sadio Mane in attack, but the closest anyone came to opening the deadlock inside the first half was Bolasie.

The Toffees winger picked up a loose ball on the edge of the box and took a touch to the right to take it away from Danny Ings.

This created space for the former Crystal Palace man to take aim, and he curled a wonderful effort towards the far corner.

The ball looked destined for the back of the net, curling towards the side-netting, only for Karius to make it across and flick it behind for a corner.

Watch the save below, including angles from right behind the equally brilliant strike and save.