Watch: Lucas cries after being shown winner with Brazilian commentary 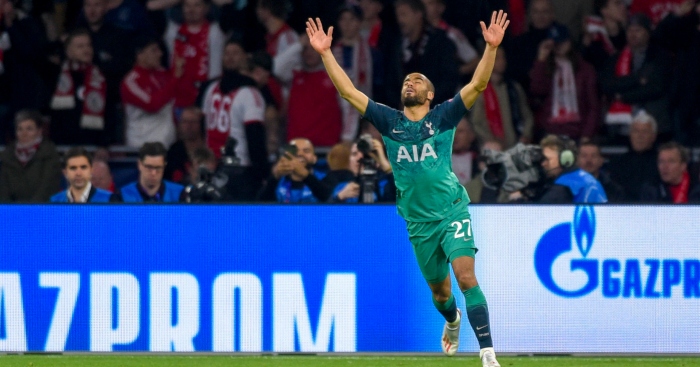 Lucas Moura produced the biggest performance of his career to inspire Tottenham‘s incredible comeback against Ajax in the Champions League semi-final.

Trailing 2-0 on the night and 3-0 on aggregate, Moura scored a second-half hat-trick, including a 96th-minute winner, as Spurs reached the Champions League final for the first time in their history.

Manager Mauricio Pochettino wept on the pitch at the final whistle, and Moura himself was later in tears in the mixed zone.

The forward was shown footage of his dramatic winner by reporters from his native Brazil, and the enormity of the occasion seemed to hit him at this moment.

After this and the Liverpool comeback on Tuesday night, we’ve been reduced to emotional wrecks.