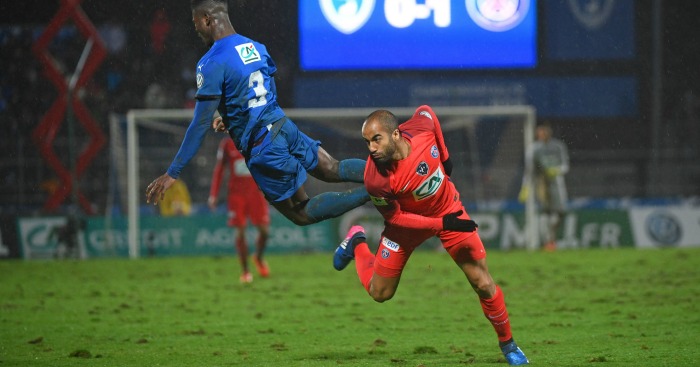 PSG were almost victims of the magic of the Coupe de France on Wednesday night as they scraped passed second-tier side Niort – with Lucas Moura denied a goal in farcical circumstances.

French champions PSG, who have won the competition on the last two occasions, had substitutes Javier Pastore and Edinson Cavani to thank for their 2-0 win after the duo came off the bench to score late goals.

In between the two goals, Brazil international Lucas – another substitute – appeared set to score himself, only for the ball to get stuck in a muddy patch inside the six-yard box, allowing a defender to get back and clear his lines.

Despite struggling to victory, after the match Cavani insisted PSG were good value for the win.

“We dominated throughout the match and we deserved the win,” he told the club’s website.

“It was a solid performance. We knew before kick-off that it would be a difficult game because Niort are a team that defends very well.”