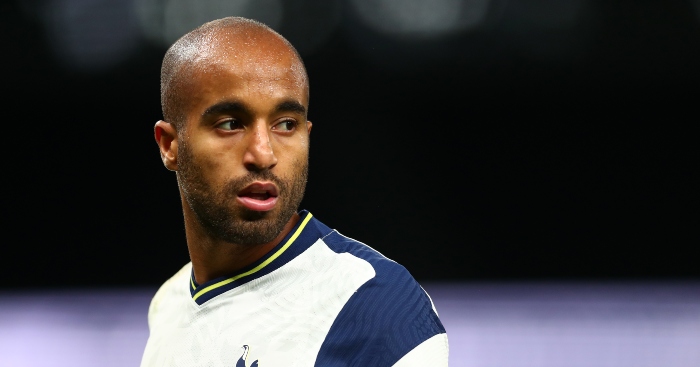 Having failed to win a trophy since 2008, Tottenham booked their place in the Carabao Cup final with a 2-0 win over Brentford.

The Championship side thought they’d equalised in the second half but Ivan Toney’s goal was ruled out by VAR following a marginal offside call.

Son Heung-min then raced clear to add a second in the 70th minute before Josh Dasilva was sent off for a horrific challenge on Pierre-Emile Hojbjerg.

Lucas Moura was replaced by Harry Winks in the closing stages but was still in the mood to party after the full-time whistle, waving his arms in the air before celebrating with Son Heung-min and Sissoko.

Watch: Pierre-Emile Hojbjerg tries to play on for Spurs despite horrific injury