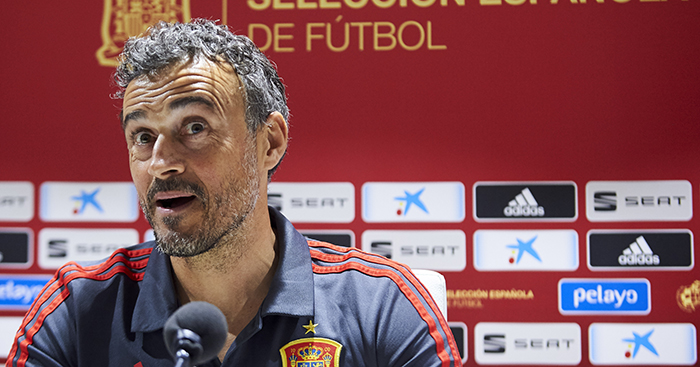 We’re a little late to the party, but Luis Enrique unveiling his latest Spain squad by ripping open big Panini stickers of each player might just be the best thing we’ve ever seen.

We’re accustomed to discovering the make-up of England squads – ones that haven’t already been leaked by the press – via a tweet or the yellow bar on Sky Sports News.

As is customary, we look for a player we want to see included, moan that he hasn’t been, then quickly cast our eyes across the rest of the squad. All in all, the process takes about 30 seconds.

But now Spain have shown there’s a different, much better way of doing things.

Ahead of the Nations League game against Croatia and friendly against Bosnia & Herzegovina, Luis Enrique stands in front of a table full of cards with various club badges on them.

One by one, he rips them open to reveal an oversized Panini sticker which he then sticks on a board behind him. It’s all very, very satisfying, and we now want everything, everything revealed this way going forward.