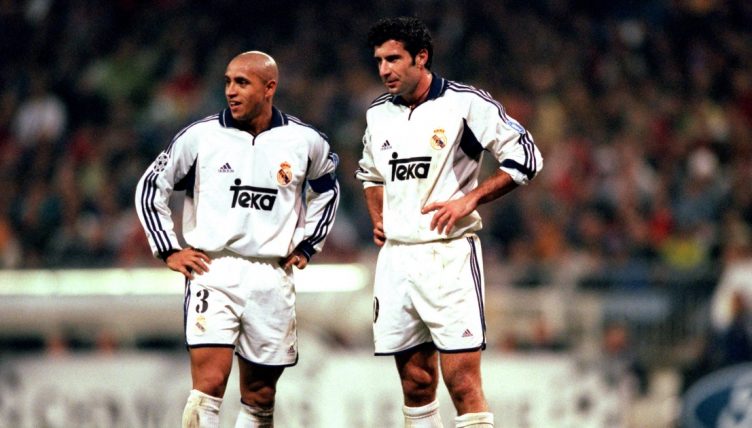 Roberto Carlos was brilliantly trolled just before a legends match between Real Madrid and Barcelona on Tuesday evening – as Luis Figo made the tallest mascot stand next to him in the tunnel.

And Figo wasted no time in winding up his former team-mate Roberto Carlos.

As the players posed for photos with an understandably excited set of mascots, the former Portugal international subtly manoeuvred the biggest of the lot so he stood next to the pint-sized former left-back.

The World Cup winner immediately saw the funny side, bursting into laughter as Figo gave the slyest of grins in the background.