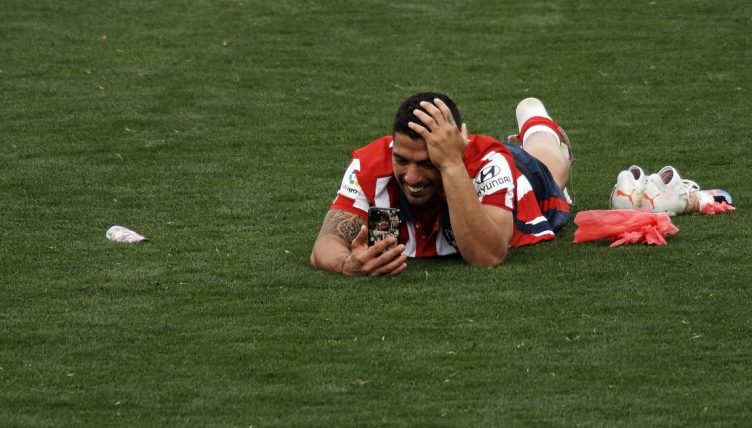 Suarez, who won four La Liga titles with Barcelona, was surprisingly allowed to join Diego Simeone’s side on a free transfer last summer.

The striker scored 21 goals in 32 La Liga appearances in 2020-21, including the title-winning goal against Real Valladolid on the final day of the season.

After they were crowned champions, the Uruguay international was filmed wiping tears away as he spoke to friends and family on a video call.

“I am delighted the way Atletico have appreciated me and given me the chance to keep showing I can perform on this stage,” Suarez said after the game. “I thank them for trusting in me, a lot of people have suffered with me, my wife, my children.

“I have been playing football for many years and this is the year my family and I have suffered the most. It is an amazing feeling to have performed on the final day of the season.

“My work is to help the team and pay them back by scoring goals. Sometimes it is necessary to push even harder but Atletico is a huge club and we have shown it this season – we have been the most regular performer and that is why we are the champions now.”

Just look at how much it means to Luiz Suarez! 🙌

A LaLiga champion once again 🏆 pic.twitter.com/GqoKONWScq