Watch: Luis Suarez gets booked after cheekily looking at the VAR screen 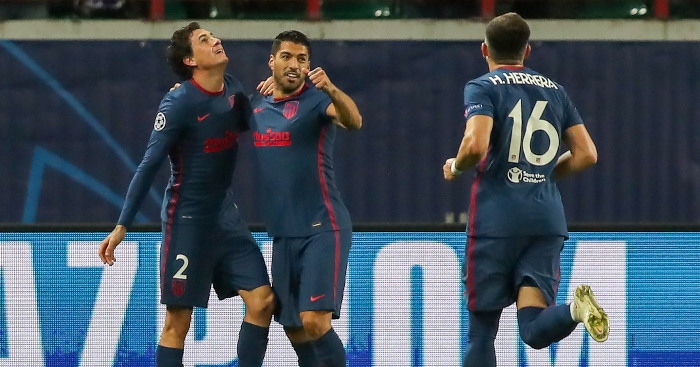 Atletico Madrid’s Luis Suarez has never been one to play by the rules, and he was up to his usual tricks during their 1-1 draw with Lokomotiv Moscow.

Suarez, who joined Atletico from Barcelona in the summer, is regarded as one of the best strikers of his generation, but he’s also an incredible sh*thouse.

Jose Gimenez gave the Spanish side an early lead in Russia but Hector Herrera then appeared to handle the ball in his own penalty area.

The referee went to the pitchside monitor to review the incident but Suarez decided to join him before having a sneaky look over his shoulder.

He was promptly shown a yellow card for unsportsmanlike behaviour and Anton Miranchuk then converted the penalty to make it 1-1.

Luis Suárez got booked for looking over the referee's shoulder at the monitor during a VAR decision.

The most Luis Suárez thing ever 😂 pic.twitter.com/CJGEwJ2v7V