Watch: Luis Suarez gets two goals and an assist on Atletico Madrid debut 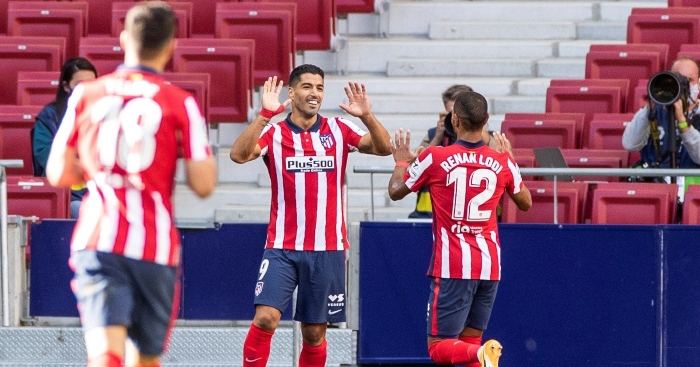 Luis Suarez marked his first appearance for Atletico Madrid since leaving Barcelona with two goals and an assist in a 6-1 win over Granada.

Despite scoring 198 goals in 283 appearances during his six years at the Nou Camp, Suarez was deemed surplus to requirements following the arrival of Ronald Koeman.

The striker was heavily linked with a move to Serie A side Juventus before being allowed to join La Liga rivals Atletico Madrid for just £5.5million.

He was named among the substitutes for their league opener at the Wanda Metropolitano and watched on as goals from Diego Costa, Angel Correa and Joao Felix gave the hosts a 3-0 lead.

The 33-year-old made an immediate impact after coming off the bench in the 70th minute, setting up fellow substitute Marcos Llorente for a fourth goal with his first touch.

Suarez then opened his Atletico account with a fine header in the 85th minute and added another goal deep into added time.

An instant impact for Luis Suarez! 🚨

The Uruguayan got an assist with his first touch, and then he gets his first Atletico Madrid goal with a fantastic header 😍 pic.twitter.com/mxwqZqCd9S