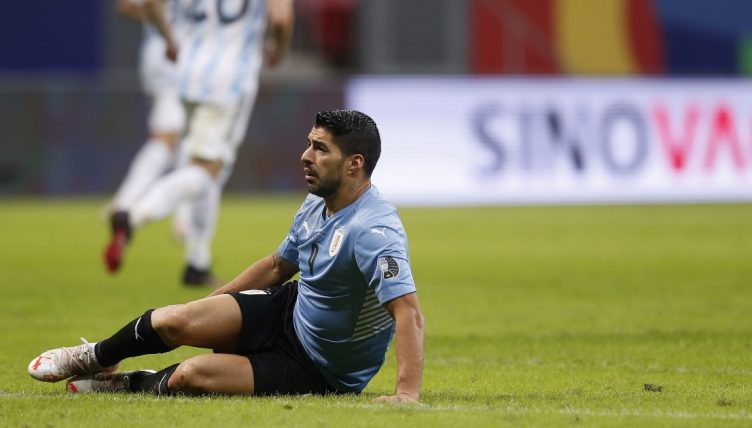 Suarez played a key role in securing Uruguay their first point of the tournament, reacting first to a corner and seeing his effort deflect home off Arturo Vidal to earn his country a 1-1 draw.

But the Atletico Madrid striker caught our attention for his dedication to football’s darker arts.

With only minutes remaining, Suarez was determined to prevent Chile goalkeeper Claudio Bravo from taking a quick goal-kick.

So the 34-year-old took his boot off right in front of his opponent and laboured to put it back on.

When Bravo tried to move the ball, Suarez stood in the way and re-adjusted his footwear.

The Chile goalkeeper tried to nutmeg Suarez twice but, amusingly, failed on both attempts.

Can you name every player to appear for Liverpool and Barcelona?