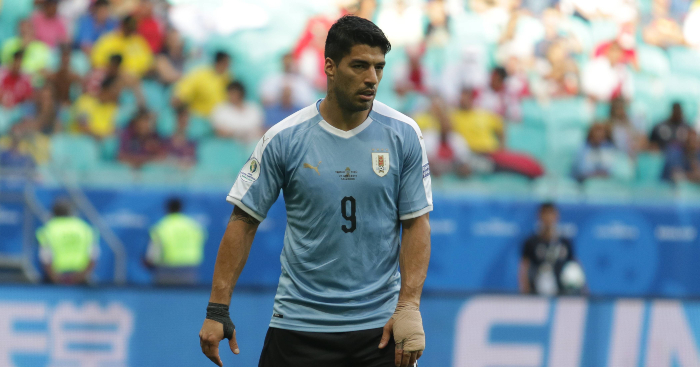 Liverpool fans will be familiar with the sight of Luis Suarez sobbing after a big set-back, and the Barcelona striker was once again reduced to tears after Uruguay were beaten by Peru in the quarter-finals of the Copa America.

Uruguay dominated the game, with Suarez and Edinson Cavani both having goals disallowed, while Diego Godin and Cavani missed great chances from six yards out.

Peru failed to muster a single shot on goal but somehow managed to survive and take the game to a penalty shootout.

Suarez stepped up to take the first spot-kick, only for one of football’s great pantomime villains to be thwarted by Peru stopper Pedro Gallese.

I could watch this all day. 🖕🏼 Luis Suarez pic.twitter.com/xQEf4AyCNE

Suarez’s miss proved to be the only one of the shootout, and he had to be consoled by team-mates after the defeat in scenes reminiscent to Liverpool’s 3-3 draw with Crystal Palace in 2014.

Luis Suárez is devastated!@CopaAmerica
It was his penalty miss that has seen Peru through to the #CopaAmerica Semi Final! 💪#URUxPER pic.twitter.com/5sCwqkfErK