Watch: Suarez reveals battles he had with Carragher in Liverpool training 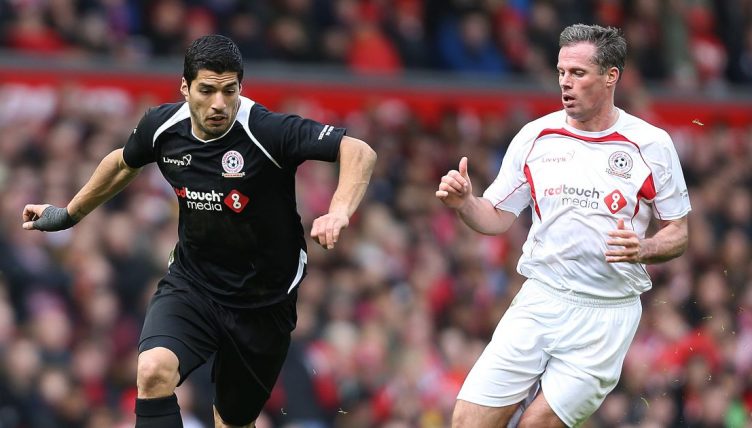 Luis Suarez has revealed that former Liverpool team-mate Jamie Carragher gave him a traditional welcome to English football when he moved to Anfield.

After joining Liverpool from Ajax in January 2011, Suarez was on the receiving end of some tough tackles from Carragher during their training sessions.

He was clearly helping the striker prepare for what was to come in the Premier League, and you can’t say it didn’t work.

The Uruguay international was a revelation during his three and a half years at Anfield, scoring 82 goals in 133 appearances before departing for Barcelona in 2014.

“Not exactly an anecdote, but I have experienced training sessions with him [Carragher] that caught my attention very much,” Suarez told CBS Sports before Atletico Madrid’s game against Chelsea.

“With the aggressiveness with which he went into the training, he would then take that into matches. And I would say, ‘Hold on, we are team-mates,’ and he wouldn’t even look at you, wouldn’t tell you anything, and the next time he would hit you again.

“And it was like many times he was surprised and said, ‘This one, just arrived from Ajax, he comes to me and keeps picking on me so that I hit him again,’ and it was like that in every training session.”

What was it like to train with @Carra23? @LuisSuarez9 opens up… 🗣😂 pic.twitter.com/TSHSQbs16C