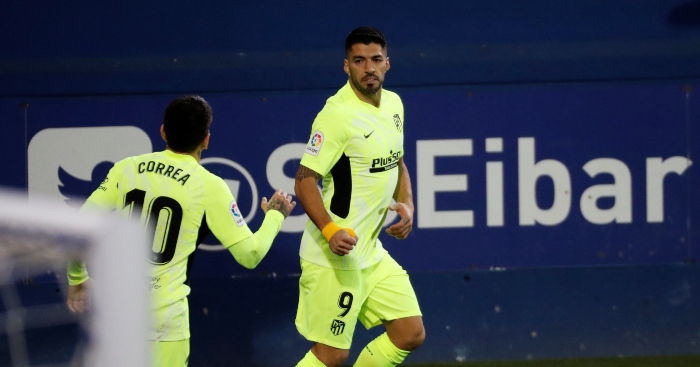 Luis Suarez continued to show Barcelona what they’re missing by scoring a brace in Atletico Madrid‘s 2-1 win over Eibar.

Despite registering 198 goals in 283 appearances for the club, Suarez was immediately deemed surplus to requirements by Ronald Koeman in 2020.

The striker then joined Diego Simeone’s side on a free transfer and hit the ground running, matching Radamel Falcao’s record for the best goalscoring start to life with Atletico Madrid in La Liga this century.

After Eibar goalkeeper Marko Dmitrovic gave the hosts a surprise lead from the penalty spot in the 12th minute, Suarez equalised on the stroke of half time.

The 33-year-old then earned a penalty in the game’s dying minutes before stepping up to secure the three points with a cheeky Panenka.

Atletico Madrid have now extended their lead at the top of La Liga to seven points.

Luis Suarez dinks his penalty down the middle for a late winner! 👏