Watch: Luis Suarez scores in the Madrid derby with outside of his foot 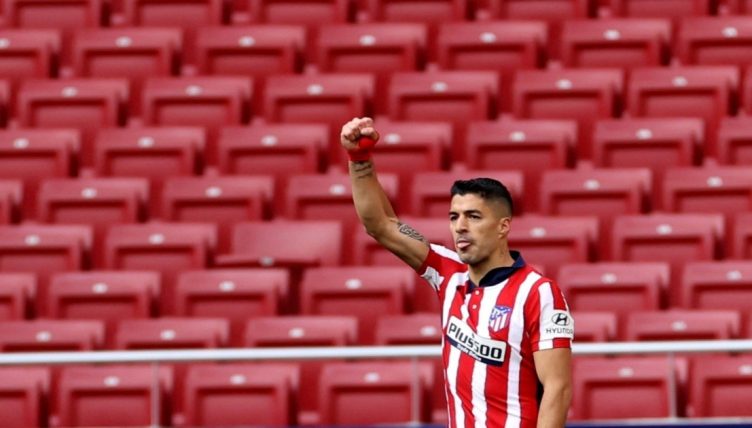 Having been deemed surplus to requirements by Barcelona, Suarez was signed by Diego Simeone on a two-year deal in 2020.

The Uruguay international has spearheaded the club’s title charge, scoring 16 goals in all competitions as Atletico Madrid have stormed ahead of the chasing pack.

But recent results had been poor and they entered Sunday’s match against Real Madrid in danger of surrendering the initiative to their hated neighbours.

Suarez was having none of that. With the game, only a quarter of an hour old, Marcos Llorente led a breakaway attack down the right flank.

He slipped a ball through to Suarez who drew goalkeeper Thibaut Courtois and flicked the ball past him with the outside of his foot.

As you’d expect, the striker was ecstatic at scoring against Atletico’s title challengers.

Luis Suarez continues his phenomenal season as he puts Atleti ahead in the derby with the outside of his right foot! 🔴⚪