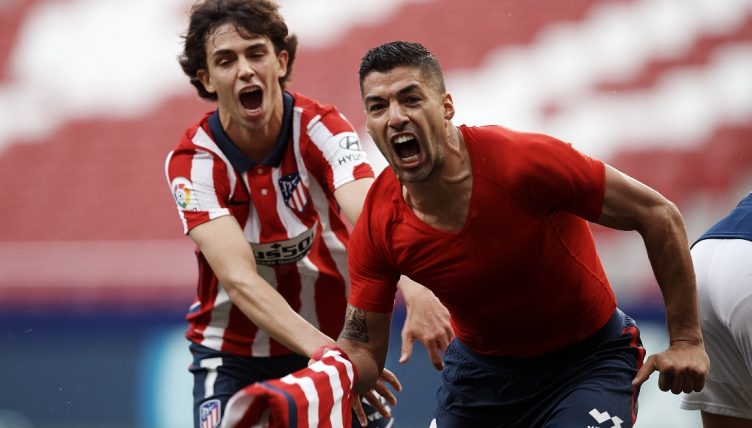 The race for the La Liga title will go to the final day but Luis Suarez ensured that Atletico Madrid would remain in the driver’s seat with a dramatic late winner against Osasuna.

Real Madrid are the only other side who can stop Diego Simeone’s side and they sit two points adrift after a 1-0 win against Athletic Bilbao. Barcelona crashed out of the running with a 2-1 loss to Celta Vigo.

It was not smooth sailing for Atleti by any means. Osasuna took the lead with just 15 minutes remaining after a VAR review adjudged Ante Budimir’s header to have crossed the line.

A loss would have handed their local rivals the advantage heading into the final day, so there was palpable relief when left-back Renan Lodi smashed home an equaliser in the 82nd minute.

The hosts had the momentum now, and with just two minutes of the 90 minutes remaining, they took the lead. A patient passing move eventually found its way to Yannick Carrasco on the right side of the box, and the Belgian’s low cross fell perfectly for Suarez.

With perfect composure, the striker slotted a winner into the bottom corner, sparking jubilant celebrations. Atletico will face relegation battlers Real Valladolid on Sunday knowing a win will secure their first title since 2014. Who are you backing to finish top of the pile?