Watch: Luis Suarez scores sexiest goal of the week to equalise for Barcelona 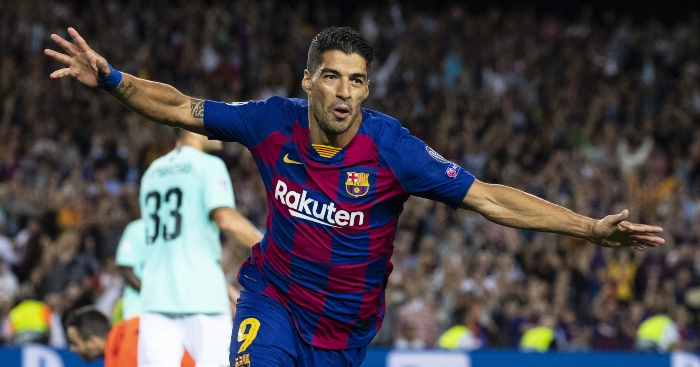 Luis Suarez came to Barcelona‘s rescue at the Camp Nou on Wednesday night as his two goals fired the Spanish outfit to a 2-1 victory over Inter Milan in the Champions League.

Barcelona found themselves 1-0 down after just two minutes after Lautaro Martinez put Antonio Conte’s Inter in front, and the visitors could have been further ahead were it not for some smart stops by Marc-Andre ter Stegen and the offside flag ruling out Andrea Candreva’s goal.

But Barcelona, with Lionel Messi playing the full 90 minutes for the first time after injury, rallied after the break, with Suarez scoring twice to snatch all three points.

The former Liverpool striker’s first was particularly sexy, and we’ve already had to watch it back on a number of occasions.