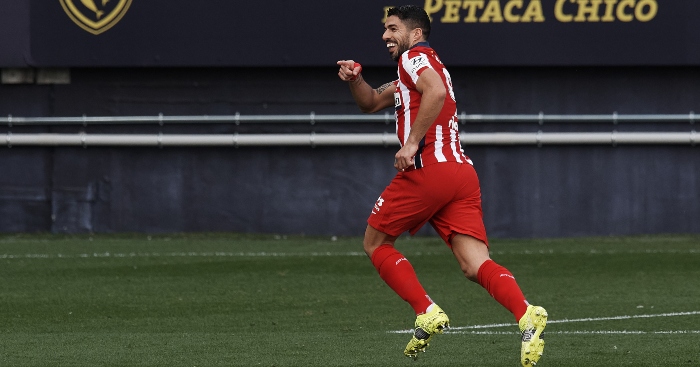 After moving from Barcelona last summer, Suarez has now scored 14 goals for Atleti as his new club have stormed to the top of La Liga.

With Diego Costa having departed recently, the Uruguay international is now the main striker in Diego Simeone’s team and is showing no signs of buckling under the pressure.

Suarez scored a penalty in the second half but opened the scoring at Cadiz with an excellent free-kick.

From around 28 yards out, he whipped a free-kick over the wall and into goalkeeper Jeremias Ledesma’s bottom right-hand corner.

It’s no wonder Suarez looked delighted with himself – his goals helped Atleti open up a 10-point lead over rivals Real Madrid as the club chase their first league title since 2014.

Luis Suárez has now scored more LaLiga goals (13) than any other player this season.

Messi should have let him take more free-kicks. 😉