Watch: Luka Modric scores gorgeous long-range goal with outside of his foot 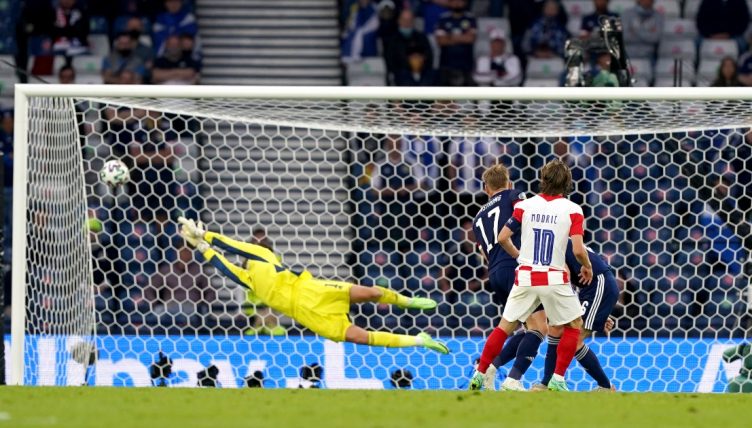 Luka Modric scored a sensational goal with the outside of his foot during Croatia’s Euro 2020 match against Scotland.

Croatia travelled to Hampden Park knowing that nothing but a win would see them eliminated in the group stages.

And the 2018 World Cup runners-up took the lead through Nikola Vlasic before being pegged back by Callum McGregor’s equaliser before half-time.

Modric showed his class early on with some nice touches and scored one of the goals of the tournament after the interval.

Striker Bruno Petkovic controlled a low cross into the box and laid the ball back towards his captain.

The 35-year-old produced an outrageous finish with the outside of his right foot that sent the ball spinning into the top corner.

Scotland will have be disappointed to concede, but sometimes you have to applaud genius.