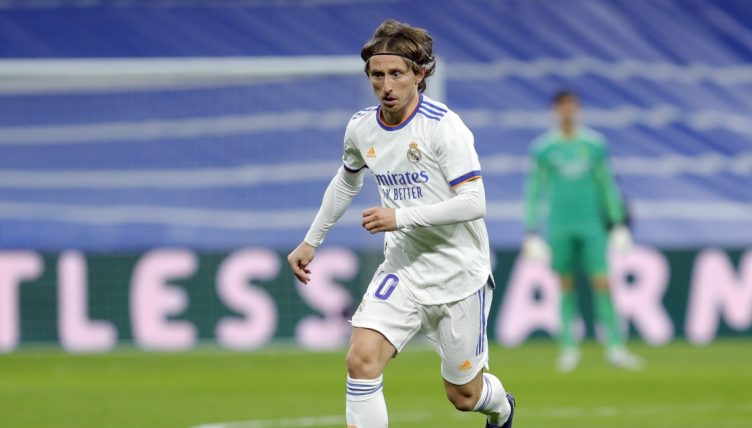 Luka Modric continued to prove that age is just a number during Real Madrid’s 2-0 win over Atheltic Bilbao in the Spanish Super Cup final.

Modric, who joined Madrid from Tottenham in the summer of 2012, has made over 400 appearances during his nine-and-a-half years at the club.

Alongside Casemiro and Toni Kroos, the 36-year-old midfielder remains an integral part of Carlo Ancelotti’s side in 2021-22.

“Those three make up the best midfield in the world right now,” Ancelotti told Diario AS in December 2021.

“Maybe the box-to-box midfielders are more what you think of, but Modric, Kroos and Casemiro have so much experience and are so good at the game that they are simply extraordinary. What’s more, it turns out they play so well together.

“When the three of them are together there’s nobody who can compare to them.”

The iconic midfield three all started against Bilbao and Modric broke the deadlock n the 38th minute, curling a brilliant effort past Unai Simon and into the top corner.

Karim Benzema doubled Madrid’s lead from the penalty spot in the 52nd minute and has now scored 24 goals in 27 appearances in all competitions this season.

Bilbao were awarded a penalty of their own following Eder Militao’s handball in the 87th minute but Thibaut Courtois saved Rudi Garcia’s spot-kick.

What a finish from Luka Modric! 🎯

At the age of 36 he's still producing in the big moments… 🍷#Supercopa pic.twitter.com/ViJZlj2wVV