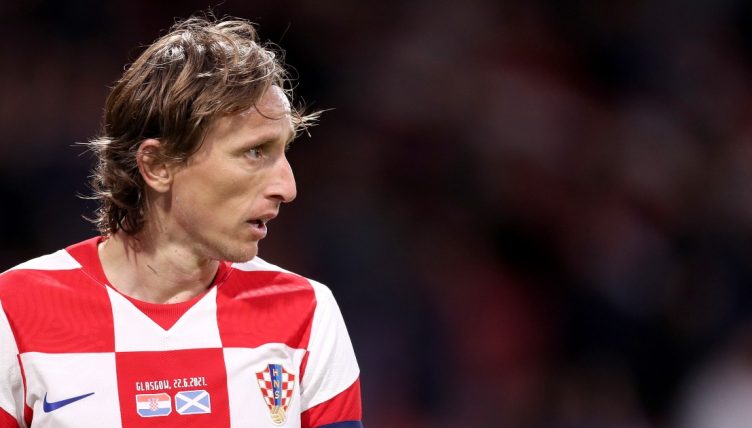 Modric was voted the best player of the 2018 World Cup and has carried that form into this tournament with an imperious display during the crucial 3-1 win over Scotland.

And the 35-year-old demonstrated during training that his wonder goal last Tuesday was no fluke.

Having been teed up outside the penalty area, Modric unleashed a perfect trivela shot that nestled in the top corner and left the Croatian goalkeeper helpless.

The effort was met by whoops and applause as the national team’s talisman showed his class once again.

Croatia were training in Copenhagen before Monday’s last 16 tie against Spain.

Watch: Emotional Luka Modric falls to his knees at full-time after Croatia win