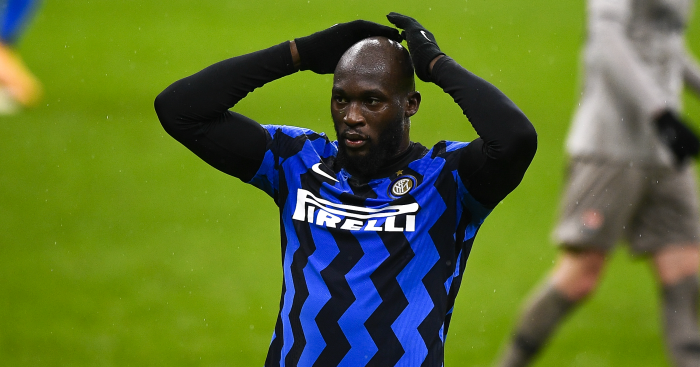 Romelu Lukaku blocked a goal-bound header from Alexis Sanchez as Inter Milan agonisingly slipped out of the Champions League.

On a night where every team in Group B could have gone through, Inter needed to beat Shakhtar Donetsk at the San Siro to stand any chance of progression.

A tense match ensued and the game was goalless going into its final stages. To break the deadlock, Antonio Conte threw on Sanchez with 15 minutes to go.

As Inter piled forward, the gamble looked to have worked. In the dying moments of the match, the ex-Manchester United man met a corner with a bullet header that seemed destined to fly into the net and rescue Inter.

Enter Lukaku. In a classic example of being in the wrong place at the wrong time, the goal-bound effort struck the Belgium striker on the head and flew away from danger.

The match ended 0-0 and Inter were eliminated from Europe altogether after finishing bottom of their group.

To start off, let’s enjoy this magnificent block from Lukaku to deny a Sanchez goal in the dying minutes of tonight’s match pic.twitter.com/DnDYcshcdJ