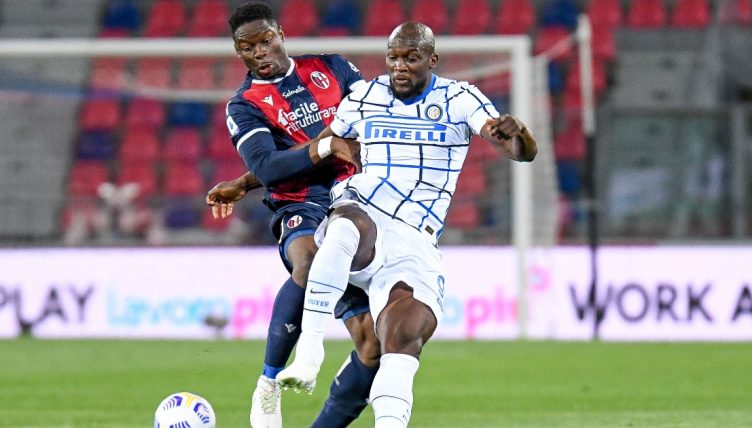 Romelu Lukaku will be eyeing up the Serie A golden boot as well as his first Scudetto with Inter Milan this season with 10 games remaining.

The Belgian currently sits five goals behind a certain Cristiano Ronaldo, but he added another to his tally on Saturday night against Bologna, all be it in slightly bizarre circumstances.

In a rare foray forward from centre-back Alessandro Bastoni, the Italian produced a perfect cross for Lukaku who stood just a couple of yards from goal.

His pinpoint header was heroically saved, but the rebound only looped onto the inside of the post.

A generous bounce saw it drop on the line and off the foot of the attacker, eventually trickling into the goal.

It certainly will not be on any showreels when Lukaku hangs up his boots, but he won’t care.

Arch-rivals AC Milan sit eight points adrift of Antonio Conte’s men but with a game in hand, Inter will have started to prep the end-of-season celebrations.