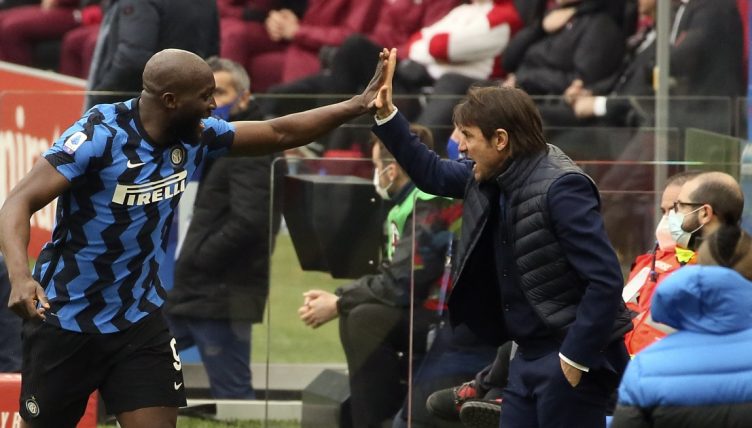 Romelu Lukaku proved to be the man for the big occasion with a masterclass centre-forward performance in the Milan derby as Inter put themselves in the driving seat in the race for the Scudetto with a 3-0 win.

Supporters weren’t allowed into the San Siro, but up to 5000 lined the streets outside the empty 80,000-seater stadium to welcome the teams ahead of the most hotly-anticipated Derby della Madonnina in years.

And it’s Inter fans that will be continuing in their celebrations today, thanks to a brilliant individual display from Lukaku against Milan.

The striker did brilliantly to set up Lautaro Martinez with a perfectly weighted cross after just five minutes, and his strike partner doubled their lead early in the second half.

He then put the result beyond doubt in the 66th minute with a stunning solo goal on the counter. He picked up the ball in the centre circle before bursting forward and firing home from the edge of Milan’s penalty area.

When these two sides last met last month, Lukaku was involved in a fiery clash with his former Manchester United team-mate Zlatan Ibrahimovic. Their reunion dominated the pre-match talking points, but the Inter striker did all his talking with the ball this time.