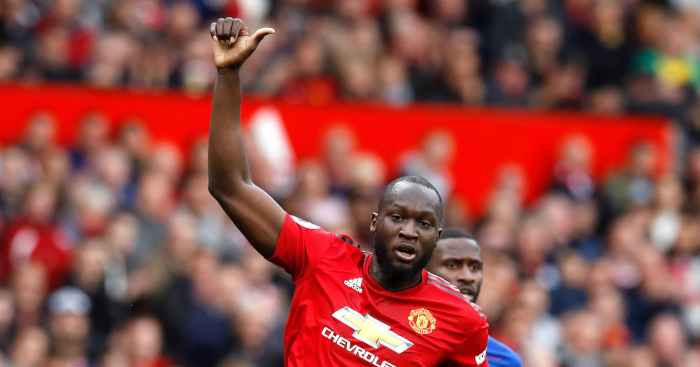 Romelu Lukaku certainly left an impression on Cesar Azpilicueta as Manchester United played out a 1-1 draw with Chelsea at Old Trafford on Sunday.

Lukaku was involved in United’s opener as his excellent pass allowed Luke Shaw to pick out Juan Mata, who scored against his former club.

But Chelsea went on to equalise just before half-time as David de Gea failed to deal with Antonio Rudiger’s long distance strike and Marcos Alonso was on hand to score from the rebound.

There was another flashpoint in the first half as Lukaku sent Chelsea captain Azpilicueta flying into a photographer with quite the shoulder barge.