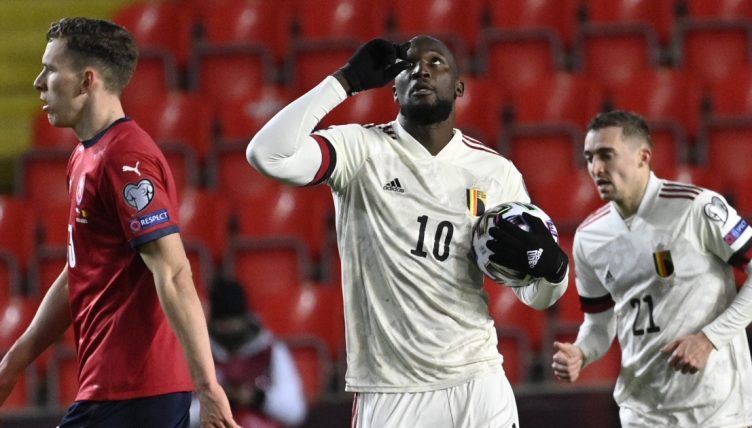 Romelu Lukaku made it two goals in two 2022 World Cup qualifiers on Saturday evening when the Red Devils travelled to the Czech Republic.

Both countries picked up three points in their opening matches, Belgium beating Wales and the Czechs thrashing Estonia, so this already looked like being a big game.

It was the hosts who took the lead on Saturday too, Lukas Provod finishing brilliantly from just outside the penalty area to put Jaroslav Silhavy’s men in front.

But with the wealth of quality at Roberto Martinez’s disposal, you can never count Belgium out.

Their two best players combined for the equaliser. Kevin De Bruyne slipped a perfectly weighted through-ball into the Inter Milan striker’s path and Lukaku, twisting with the ball at his feet, bamboozled his marker.

Space opened up on his favoured left-foot and the strike had too much power for Tomas Vaclik in the Czech Republic goal.

It takes his tally for Belgium to 59 goals.