Watch: Luke Shaw admits Man Utd are in danger of being too reliant on Bruno 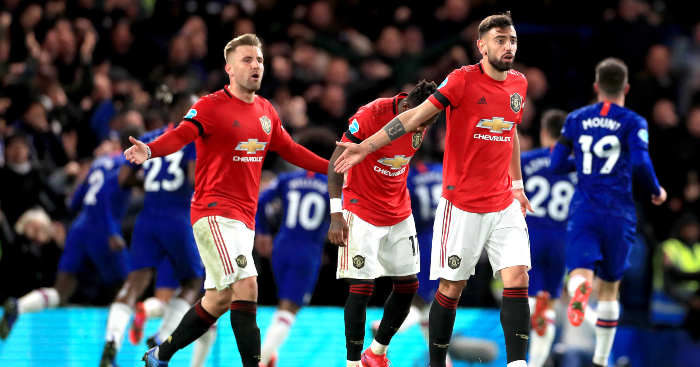 Luke Shaw admits Manchester United‘s squad needs to step up on the pitch to relieve the burden of pressure on Bruno Fernandes.

Fernandes has quickly established himself as one of the form players in England since joining United in January 2020 from Sporting Lisbon.

The midfielder has been prolific in terms of goals and assists, while there have also been calls for manager Ole Gunnar Solskjaer to hand him the captain’s armband.

But Fernandes’ creative inspiration hasn’t been able to solve United’s frailties, and Shaw admitted to Sky Sports that United are in danger of being too reliant on the Portugal international.

“Sometimes it looks like if Bruno doesn’t play well, then we struggle,” Shaw said.

Worrying comments or simply laudable honesty? Watch the clip below and decide for yourself.

🗣 "Everything goes through Bruno, we as a team need to take a bit of pressure off him"

Luke Shaw says the rest of the team need to step up to take the pressure off Bruno Fernandes pic.twitter.com/POCZIzG1tH