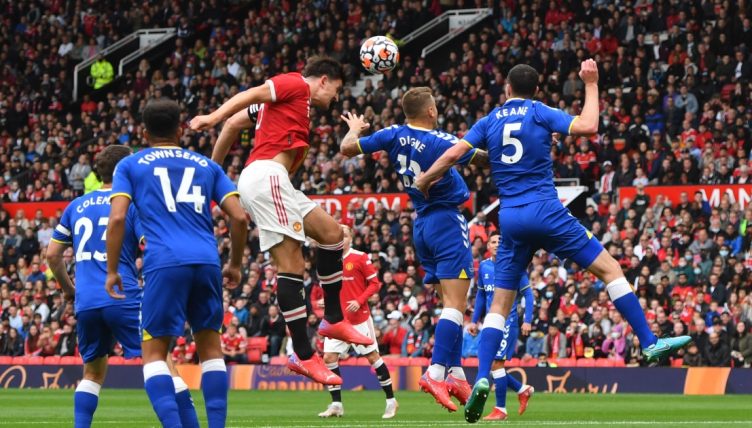 Manchester United thumped Everton 4-0 in their final pre-season friendly – and one of their goals was brilliant to the point of stereotype.

Harry Maguire and Luke Shaw both enjoyed stellar seasons last time around and starred for England at this summer’s European Championship.

And the defensive pair utilised their strengths with brutal efficiency during Saturday’s match at Old Trafford.

Shaw whipped in a beautiful corner that was directed with all the accuracy of a GPS onto Maguire’s head. Never one to turn down a header, the England defender thumped the ball past Jordan Pickford to give United a 2-0 lead.

After the game, United boss Ole Gunnar Solskjaer said: “I’ve not had a lot of time with Harry since he came back but the summer practising set plays with Luke and England has helped us.

“Today was a good delivery [and] a good header. Harry knows we demand more from him in the goal tally.

“He’s one of the best with getting the first contact but too many times it’s flown over the bar but well done [for today], he’s in good nick after the Euros and looked very good today.”