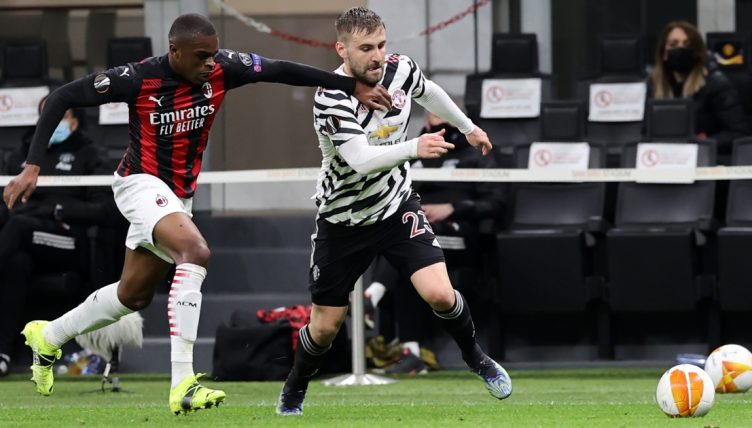 Manchester United booked their place in the Europa League quarter-finals in somewhat comfortable style in the end on Thursday night, beating AC Milan 1-0 on the night at the San Siro.

After a late equaliser from Simon Kjaer in the first-leg at Old Trafford, there was a sense that Ole Gunnar Solskjaer’s team may struggle in Milan, but a goal from super-sub Paul Pogba just after half-time was the difference in a 2-1 aggregate win.

From that moment on, Stefano Pioli’s troops rarely threatened. One good headed chance from Zlatan Ibrahimovic was the result of their second-half pressure, but Dean Henderson was equal to it.

It was a night where the United defence took centre-stage. Harry Maguire and Victor Lindelof have both had their fair share of stick in the past, but both impressed in midweek.

Lindelof’s display in particular caught the eye, dominating his compatriot Ibrahimovic in the second half and earning the club’s man of the match award in the process.

During his post-match interview, however, Luke Shaw was trying eagerly to make his teammate laugh…