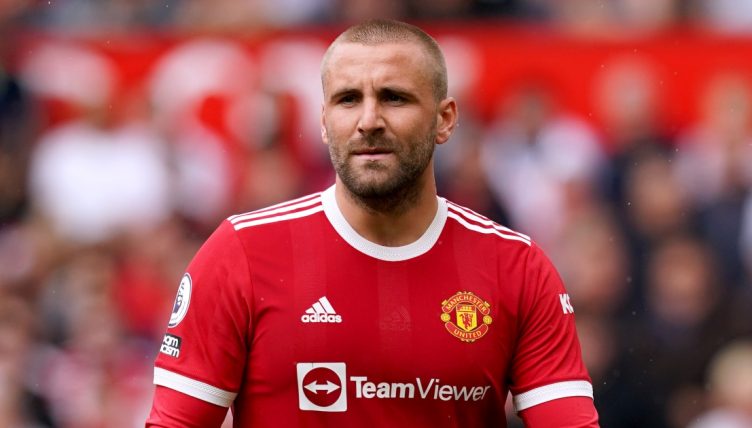 Sancho was the highest-profile arrival of an exciting summer transfer window for United and is hoping to make an immediate impact at his new club.

“I’m going to keep playing my game,” Sancho told UMM. “I’m not going to change what I’ve been doing over in Germany. I’ve just got to bring it here and hopefully I can show the fans what I can deliver.”

With him in the team, United fans are hoping they can push onto the next level and finally win silverware under Solskjaer. Maguire believes they are getting closer.

“I feel like over the last couple of years we’ve progressed so much,” said the centre-half. “You can see the way we want to have a lot of territory in games, create chances and score goals. If we improve like we have done in the past two years over the next year or two, we’ll be where we want to be.”

And both Shaw and Maguire see United’s young striker Mason Greenwood as central to that development.

Asked about what it’s like to face Greenwood at Carrington, Maguire said: “I think the hardest thing in training is that you can’t give him a yard, because if you give him a yard it ends up in the back of the net, his finishing is that good.

“In a 5-a-side you always want him on your team because he’s always one of the top goalscorers!”

Shaw added: “The talent he’s got is so scary it’s unbelievable. I think he’ll be one of the most talked about players in the world in the next 2 or 3 years.”

All three of Shaw, Maguire and Sancho were with the England squad for the European Championships in June and July and they all reflected on an incredible journey that ended in the disappointment of a penalty shootout defeat to Italy, in which Sancho missed his spot kick.

Asked if Euro 2020 was the best five weeks of his life, Sancho said: “I would say so. It was a big stage for me – my first major tournament with my national team.

“But [it was] also one of my biggest downs, obviously missing the penalties and receiving the racial abuse. But the team are fantastic. The month we were there, it was a great feeling playing in front of our home crowd and the mandem supporting.”

During the tournament, Shaw established himself as one of the best left-backs in the world and even caught the attention of Brazilian legend Roberto Carlos

Asked about it, he told UMM: “I saw someone had tagged me in a photo – RC or something – and I was like ‘who’s that?’ I clicked on it and it was him!

“I’m going to send him a signed shirt if he wants one. But I want one back from him hopefully!”

The hear this and much more from the three United stars, watch the full interview below or head over to the UMM YouTube page.