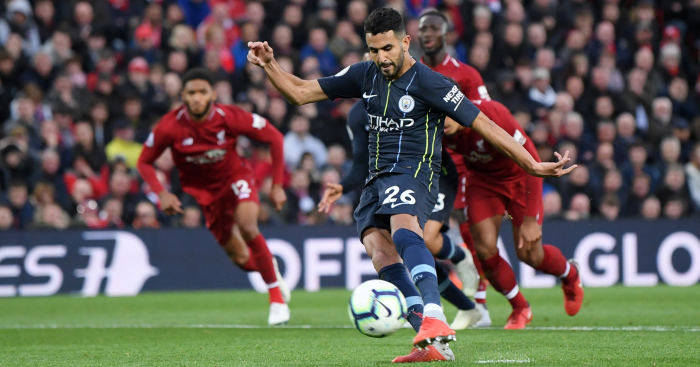 Riyad Mahrez wasted a brilliant chance to fire Manchester City to victory against Liverpool as the forward blazed a late penalty over the bar at Anfield on Sunday.

Both sides were looking to move to the top of the Premier League after Chelsea moved temporarily into first place with a 3-0 win over Southampton at St Mary’s.

The much-anticipated clash failed to ignite, with neither side having a shot on target until shortly after the hour mark.

But it looked as if City were set to steal all three points when Virgil Van Dijk fouled Leroy Sane inside the Reds’ penalty area.

“It is not smart to dive in there,” Van Dijk admitted to Sky Sports after the game. “It was a penalty and it shouldn’t have happened, but I’m very happy we didn’t concede.”

Mahrez stepped up to take the spot-kick…and the game finished 0-0.