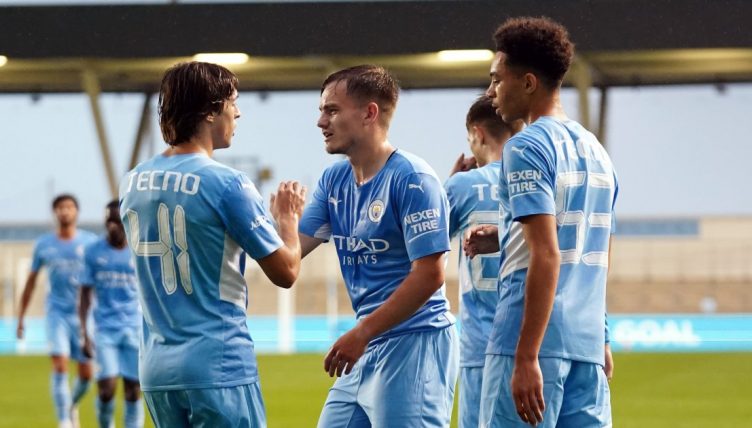 If Pep Guardiola was thinking about splashing out on forward talent in the transfer market, he might think again after watching Manchester City‘s young team score a terrific team goal in their pre-season friendly with Preston North End on Tuesday night.

City had gone 1-0 up in their final pre-season warm-up game through a first-half Riyad Mahrez free-kick before Guardiola made 11 half-time substitutions, introducing a raft of academy graduates and youngsters brought in from elsewhere.

If the goal that made it 2-0 is anything to go by, City’s kids are alright.

After cleverly working the ball into the Preston half, City’s players drifted, passed and probed on the edge of the Preston area for 20 seconds before 18-year-old midfielder James McAtee conjured an opening and fed fellow England youth international Samuel Edozie, who finished emphatically at the near post.

It is, you imagine, exactly the sort of Cruyff-inspired, short-passing football that Guardiola will want to witness from his young charges and it bodes well for City’s long-term future.

Shaun Goater, on co-comms duty, was certainly impressed, letting out a little ‘Woah!’ as the ball hit the net.

You can catch the rest over on CITY+: https://t.co/B7AiG3tWmo