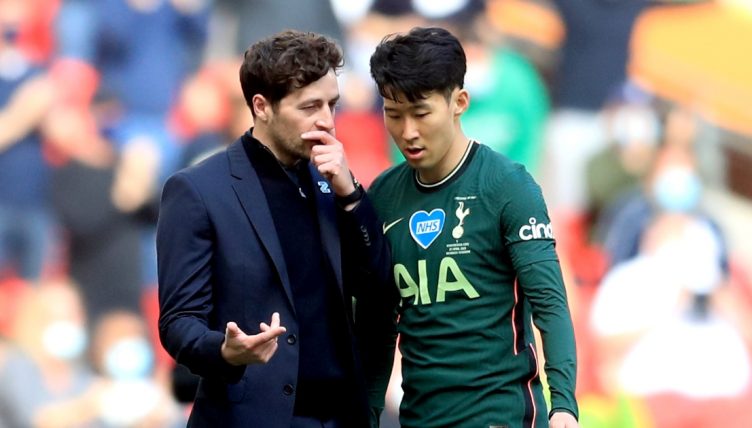 Tottenham‘s wait for a first trophy since 2008 goes on after a 1-0 defeat to Manchester City in the League  Cup final, which was clearly felt by Son Heung-min.

Son was in tears after the final whistle at Wembley, after Aymeric Laporte’s header proved the difference between the two sides on the day.

Harry Kane, fit again after an injury scare ruled him out in midweek, and the South Korea international were left feeding on scraps in the match, which saw City dominate throughout, setting the tempo and long periods camped in Spurs’ half.