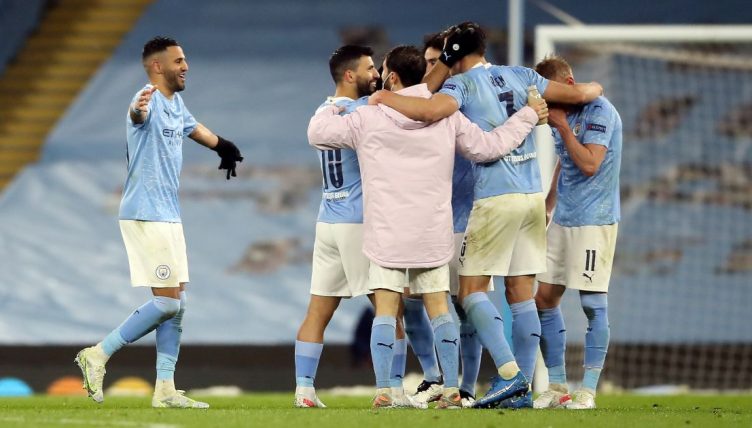 Having beaten the Ligue 1 side 2-1 in the first leg in France, City were in a strong position ahead of the second-leg at the Etihad.

Riyad Mahrez gave the hosts the lead inside the opening 11 minutes and then got his second of the game in the second half to secure City’s place in the final.

“I’m incredibly proud and my first thoughts are with the players who didn’t play today,” Pep Guardiola said after the game.

“They all deserved to play, everyone has made a contribution and now it is time to enjoy it. We have to win the league and we have two or three weeks to prepare for the final.

“They put a lot of players in the middle and we struggled a lot in the first half to high press and we changed at half-time. We recovered the ball better in the second half and we were much better in the way we played and 4-1 on aggregate against a team that beat Barcelona and Bayern Munich means a lot to us.

“People believe it’s easy to arrive in the final of the Champions League. Getting to the final now makes sense of what we have done in the past four or five years.”

City will now face either Real Madrid or Chelsea in the final and their players were seen celebrating wildly in the dressing room.