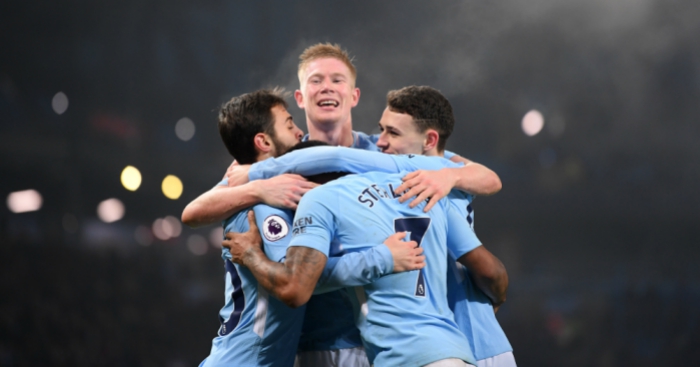 Manchester City continued their ludicrous form with a dominant win over Tottenham on Saturday – and they even had a message for Manchester United following the victory.

City made it 16 consecutive wins in the Premier League by beating Spurs 4-1 at the Etihad Stadium, with Ilkay Gundogan, Kevin De Bruyne and Raheem Sterling (two) all on the scoresheet.

Christian Eriksen pulled a goal back for Spurs in stoppage time but City’s margin of victory could have been bigger, only for Gabriel Jesus to miss a penalty.

After the match, City’s players appeared to have a dig at fierce rivals United, a week after being criticised by Jose Mourinho for celebrating too much at Old Trafford.

Filmed by Benjamin Mendy, and uploaded to social media by his friend Diacko Fofana, City sang ‘park the bus, park the bus, Man United’ to the tune of their rivals ’20 times’ chant.